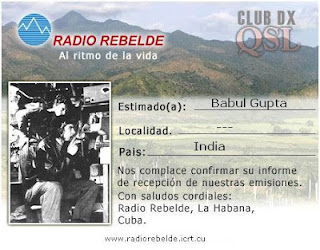 Dear friend, we are pleased to count him among our listeners. Deputy QSL card we send confirmation of tuning our Radio Rebelde. a hug
Osana Osoria 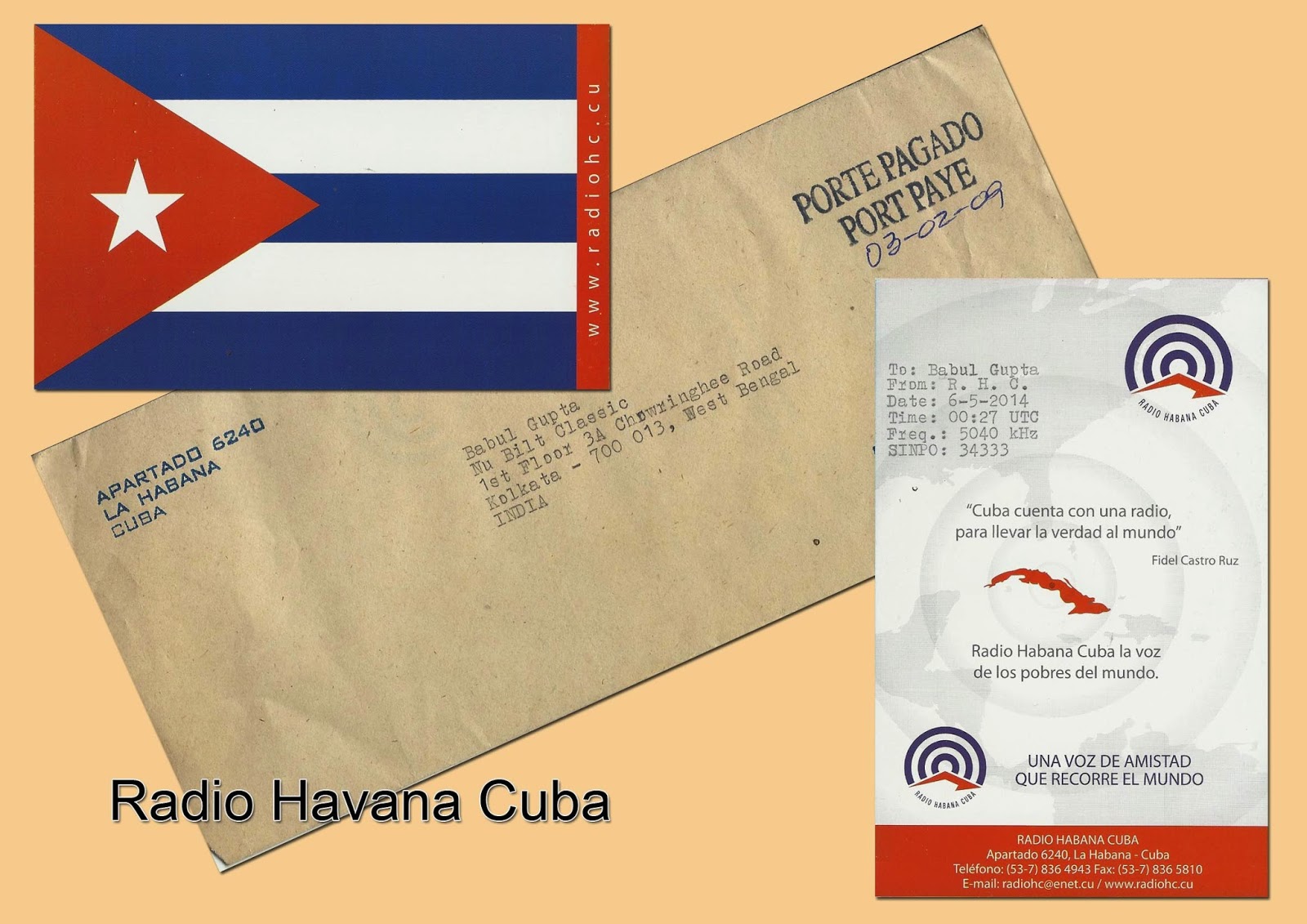 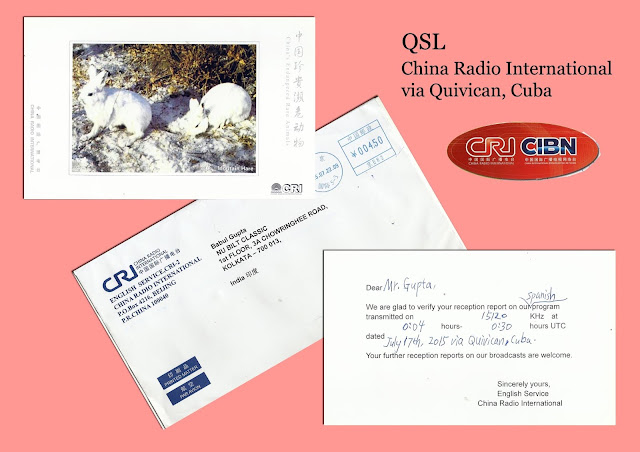 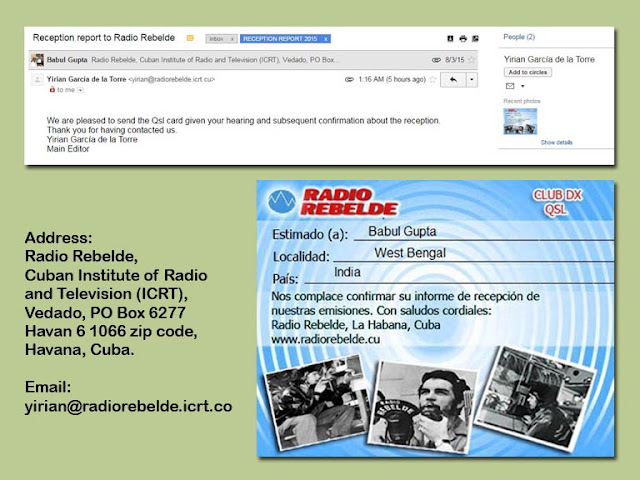 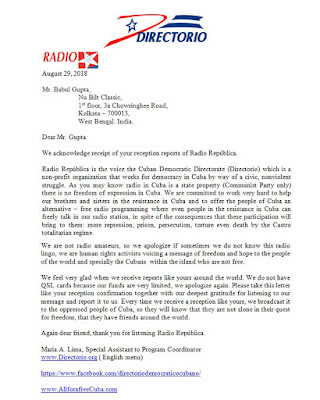 Radio Republica via Issoudun, France: 9490 kHz in Spanish at 0145 hrs to 0205 hrs UTC log this station on 29th August 2018 and just after 2 hrs on the same day I received this confermation letter for my email report to: info@Directorio.org  V/s Maria A. Lima (Special Assistant to Program Coodinator) 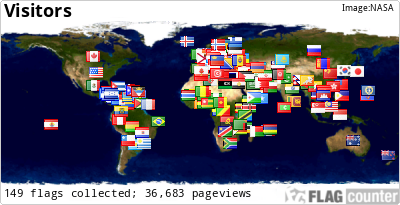